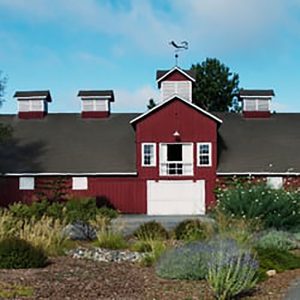 THE CONNECTION:
Strolling along Nicollet Mall at 9th Street, one cannot help but admire the beauty of the Young Quinlan building -the once department store of local fame. Built in 1921 this font of luxuries was run by Elizabeth Quinlan -a pioneering female business owner at the time. It thrived for years but by 1985 this building was in rough shape and if not for Bob and Sue Greenberg restoring it, who knows what its fate might have been. Protecting old buildings is only one of the Greenberg’s many strengths. Did you know this Minnesotan couple are also part-owners of Napa’s renowned Frog’s Leap Winery? Yet another reason for us in the land of sky blue waters to love Frog’s Leap all the more! Who wouldn’t want local pride in Rutherford dust!

If there is one winery in Napa Valley that matches the philosophies of The Wine Company like a hand fits a glove, it’s Frog’s Leap. 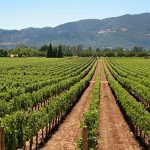 THE PRACTICE:
If there is one winery in Napa Valley that matches the philosophies of The Wine Company like a hand fits a glove, it’s Frog’s Leap. Founded in 1982 by Larry Turley and John Williams, their first vintage consisted of Sauvignon Blanc (ferments fast, no oak needed, quick to market) and a small amount of Zinfandel. The Sauvignon Blanc got noticed by none other than the New York Times, instantly sold out, and Frog’s Leap was off and running (or hopping, as it were). Years later Larry left the partnership to open Turley Wine Cellars, and John Williams moved the winery off the old frog farm (which used to supply the delicacy to the elite of San Francisco in the early 20th century) to a historic property on the eastern side of Rutherford Valley, where it continues today. 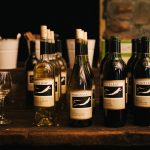 THE WINES:
Frog’s Leap is well known in Napa Valley for marching to their own drum and holding steadfast to their principles. At times principles get in the way of business success, but the goal has always been to make the best possible wines. From dry farming to Organic and Biodynamic viticulture, John William follows his own vision regardless of market demands. Lower alcohol wines for example keep balance and “allow you to enjoy more than one damn glass!” John’s wines have never exceeded 14.5% and most of his wines fall into the 12.5% range. Williams took a lot of flack and lost some market presence for this but what goes around comes around and today, in the quest for ‘balance’ Frog’s Leap is held up as a standard bearer.