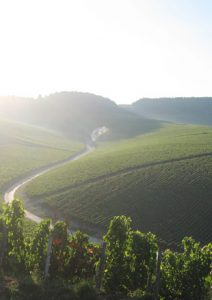 Each year The Wine Company is proud to host a vintage tasting for the members of the trade working with Bouchard Père et Fils and William Fèvre. On this occasion many of the best and brightest behind Minnesota’s finest bottle shops and restaurant wine lists taste through this extraordinary spectrum of wines to discern the dominant characteristics of the imminent vintage across Chablis and the Côte d’Or. It is a perennial cycle to glean the effects of a given vintage from year to year.

Vintage tastings offer a focused overview of the storied appellations side-by-side to help shape the face of Burgundy as a whole and also relay the complexion of the vintage in turn. Tasting in the first person permits wine buyers the impressions they need to determine which wines to buy to drink young, which to cellar, and how best to engross their customers yearning to know the best of Burgundy.

In early March we tasted the 2016 prior to its release. Visiting us that day was Didier Séguier, winemaker at William Fèvre, who summed up the vintage nicely.

In Chablis the winter months were mild but the cold weather and plenty of rainfall spread over the spring, accompanied by harsh periods of frost in late April. Nevertheless, as the temperatures increased, the bud break suffered no crucial delay. In May it was the hailstorms that delayed the flowering.

From July, and almost until the harvest, the weather became happily summery again, with moderate warmth, drought and sunshine.

Although the harvest was reduced due to the climatic mishaps of the spring, it has resulted in wines that are dazzling in freshness and delicacy.

In the Côte d’Or winter turned out to have been the hottest for more than 100 years.

It was followed by a very rainy spring which disrupted the tillage. The cooler temperatures resulted in severe frosts, triggering the heterogeneous development of the vegetation and reduced yields. For its part, the vegetation was homogeneous thanks to the dry and warm weather of the summer and stopped the development of downy mildew.

The rains of mid-September were favorable, all the grapes showing a fine maturity. The health conditions were very good despite the frost which reduced yields and concentrated the Pinot Noir. It is faithful to its terroir and develop expressive and delicate bouquets, an elegant, fresh and generous palate. The Chardonnay entice with its wide range of aromas, its depth mixed with power and freshness.

The room was agog at every level from the appellative Burgundies, through the Premier Cru to the Grand Cru -which we always anticipate with great relish but were even better than usual. There is simply so much to love about their ripe tension -a rare balance gifted by the evermore fickle vicissitudes of weather and climate of late. More wines were savored that day than can be summarized here but we asked Wil Bailey, Portfolio Director at The Wine Company for his standouts. 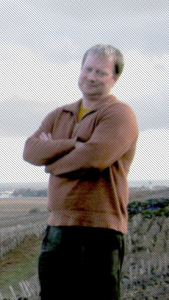 As discussed at the Bouchard Père et Fils | William Fèvre tasting, the 2016 vintage in Burgundy is VERY short. Most producers saw their production drop by 40-60% against a normal vintage. Because the crop was so light the best wines of this vintage have excellent intensity, fruit and cut all on a fine boned, elegant framework. What more could you ask for from Burgundy? I’m hard pressed to call out a preference for reds vs whites in the vintage as the brightness of fruit in the reds makes them incredibly accessible and charming while the verve and core intensity of the whites makes them both delicious now and also potential cellaring candidates. The 2016 Chablis from Fevre are absolute winners across the board. Classic freshness and minerality with the bonus intensity of having even lower crop loads than we saw in the Cote d’Or. Ok, including Chablis maybe whites over reds, but it’s a really close call!

On William Fèvre | I’m not kidding in my enthusiasm for the full range of the 2016 Fevre Chablis, but since the point here is to note highlights I’ll say that two of my favorite wines are the LEAST expensive on the offering. The Montmains 1er Cru shows all the intense minerality you expect from this site with a little extra sunshine and flesh that makes it a TEXTBOOK and tasty Chablis. The Vaillons 1er Cruis a little rounder and juicier than the Montmains (still super fresh and bright). It just has a little more depth and seriousness than the Montmains. My favorite of the Grand Cru is the Les Preuses (shocker, since this is my top pick probably 4 years out of 5). It is flat out classy, awesome, and delicious. My impressions here may also be influenced by how amazing BOTH the 2008 and 2007 Preuses we tasted on the same table were showing. WOW! Even Didier Seguier was impressed by those bottles (and he made the wines!)

For Bouchard Whites, I should note that when we were tasting with Phillip Prost at the domaine last month his comment was that the 2016’s are back to the great “acid backbone” of the 2014’s. If you still have any of your 2014 Bouchard whites sitting around you should pop a bottle to see what high praise this note was intended to be. Those wines are LOVELY! I am happy to say that in an offer full of standouts two of my favorites are AGAIN the two least expensive wines on the sheet (no, I am decidedly NOT a cheap date…).

The Meursault “Les Clous” is a single vineyard Meursault at the absolute top of the hillside on the Puligny side of the Meursault village. As such it is a fresher, racier version of Meursault than most. Honestly, this is a wine Bouchard has beenfocused on for at least five years, and every year it has gotten a little better (it was a little “lean” in the first offerings), and this year I think they have absolutely NAILED it. It has the crisp, mineral quality of the site with a great balance of richness and flesh in the mouth which make it an OUTSTANDING glass of White Burgundy (and also a superb value for any Meursault much less a single vineyard wine). The 2016 is a Puligny drinker’s Meursault in the best possible (and non superlative) way.

I’m also in love with the Beaune 1er Cru Clos St Landry. This is less of a surprise given that I have bought it for my own house in 2010, 2012, 2013, 2014 (and will again in 2016). This is a rare chalky site in the heart of the Beaune 1er Cru hillside (it is a Bouchard monopole). Unlike “Les Clous” it is a site that suffers (in my opinion) from getting too warm and ripe in richer vintages, but in vintages that emphasize freshness (see my list of home purchases above) it is an INCREDIBLY STYLISH wine which also ages extremely well. I am working through my last few bottles of 2010 at home right now, and I only wish I had another case. This is 1er Cru White Burgundy for less money than Villages level Chassagne and Puligny (and many Meursault). The 2016 vintage here is great. Probably closest to the 2012 for comparison’s sake.

The Puligny Montrachetwas another favorite not only of mine but of many people I spoke to at the tasting. I am of the attitude that we should ALL be trying to drink more Puligny!

For Bouchard Reds there were soooo many wines and soooo many great choices… First, I should point out that the Santenay is the steal of the entire vintage. The nose alone (think exotic spices and black fruits) is enough to sell this wine given the screaming price. Happily it doesn’t stop there and the juicy, satisfying mouth make it a 2nd glass/2nd bottle please kind of wine.

Both the Gevrey-Chambertinand the Nuits-St-Georges are absolute winners in this vintage. The Gevrey is a superbly balanced wine even at this youthful moment. Great black spices and enough structure to make clear where it is from without scaring anyone new away. And did I mention the price…?

The Nuits-St-Georges is an inkier, dankier wine than the Gevrey (not in any way heavy though). It’s ALSO surprisingly approachable and drinkable today. These reds are kinda “NOW” wines. Lucky us.

On the top wines my vote has to go to the Beaune 1er Cru Vigne de l’Enfant Jesus. WOW. The rest of the reds I’ve noted here have been delicious, drinkable, approachable, “happy warrior” kinds of wines (again, lucky us). The Baby Jesus is an AWESOME bottle of wine. Completely different luxurious texture, all kinds of grace and gravitas. It is an “important” wine. PAY ATTENTION when you open it! This one is coming back to my house as well.

Lastly a quick shout out to the Volnays. Not only is the Volnay Caillerets 1er Crulovely and graceful as always, but we get access to the Volnay Taillepieds 1er Cru again which (with a little more structure than the Caillerets) might actually outshine its big sister in the 2016 vintage.

The 2016s should not be long so be sure to keep an eye out for these upon their arrival late spring of 2018. While you wait, learn more from Didier Séguier’s presentation slides here>>>  and in the meantime we raise a glass to you and to Burgundy: a votre santé et pour une autre récolte délicieuse!