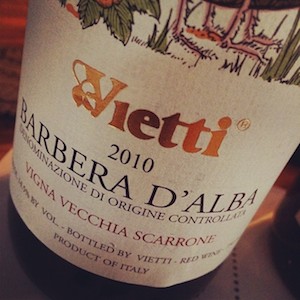 The chummiest friend-for-life out of the Piemontese family, Barbera is the first to explain what Piedmont is all about and it does this so effortlessly that you wonder at its breadth of expression and its humble talents. This red ripens late but for good reason; it is known for its sought after high acidity, a lovely fruity fragrance, mild tannins, and rich color. Although it is grown around the world, Barbera of northwestern Italy are among the best.

As you might expect, styles often vary depending on the place they’re grown. With Alba and neighboring Asti producing many of the most compelling Barbera, the south of Piedmont has become the destination and spiritual center for Barbera devotees the world over. For years, Barbera was seen as the milder little brother to the brooding Barolo wine made from the opaque and severe Nebbiolo variety. However this is no longer the case as Barbera is now the apple of many an eye for its delightful hue, pert structure and saturating scents.

ASTI VERSUS ALBA
Almost sounds like a welterweight boxing match and I suppose in some ways it is — but a very sporting one. You see the town of Asti in the Monferrato hills may rightfully claim itself the birthplace of the Barbera which permits it some bragging rights but this grape variety also set its roots in the Langhe town of Alba to great effect.

In the end neither are better or worse — it is more a matter of taste; while the Barbera d’Asti are generally brighter in structure, the Barbera d’Alba on the whole offer rounder and riper renditions of this Piemontese variety. What matters most to we who like to eat, from foodie to gourmand, is that Barbera is an appetizing wine that sips just fine but comes to life with hors d’oeuvres, salume, cheese courses, and frankly just about whatever you have to set the table — a personal favorite is pan seared pork chops with sage because between the savory flavors and floral fragrance they seem to compliment one another especially well.

BARBERA AT ITS BEST
Telltale giveaways that a wine tasted blind is in fact a Barbera include its deep color, invigorating structure, moderate tannins, and a textural cherry profile. Because of its charms you can find Barbera grown throughout the region.  Although most know Piedmont for the Nebbiolo, Barbera actually commands more than 60% of overall plantings. Tasting these one can easily see the appeal.

At the lighter and more fragrant end of the spectrum Rizzi’s Barbera d’Alba is certainly among the most polished we’ve tasted; showing a purity of Barbera fruit and a smooth texture that is great for sipping. Weighing in a bit fuller and more for a meal, two other Barbera d’Alba prove exceptional with cured meats and rich cheeses. These heftier expressions are the rich and woodsy Boroli Quattro Fratelli and the even more savory and gently spicy Paitin Serra Boella.

SUPERLATIVE STANDOUTS
Superlative standouts include those we enjoyed in a compare-and-contrast tasting involving the Barbera of Vietti. Known for their estate wines, Vietti makes Tre Vigne Barbera d’Asti and a Tre Vigne Barbera d’Alba which offer a clear portrait of each denomination -albeit from a stellar winery known for extraordinary wines. Made from fruit from the famed La Crena vineyard and two other sites, the nimble Tre Vigne Barbera d’Asti shows a mouthful of character and a punch of juicy acidity unique to the region but with a bit more spice, body, and concentration than its neighboring Barbera d’Asti. 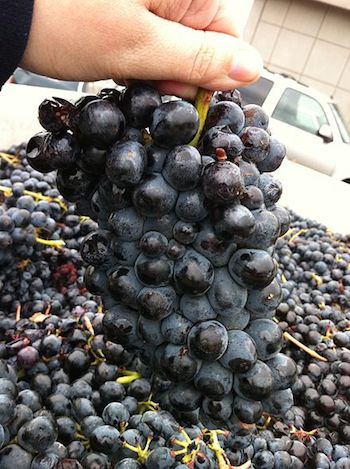 As sensual as the Asti certainly is, the Vietti Tre Vigne Barbera d’Alba on the other hand spoke directly to the soul.

From vines planted over 30 years ago to three prime Barolo sites -Monforte, Castillione Tinella, and Castiglione Falletto- this is Barbera d’Alba cut of an entirely more resplendent cloth. Darker fruit contrast headier floral notes while a spicy bouquet heralds an altogether more savory palate. Bigger and rounder, this may express more breadth than its neighbors but it is every bit as appetizing and still true to Alba -just unique to plots worthy of calling themselves Barolo if planted to Nebbiolo. This Barbera means business!