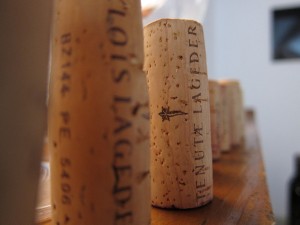 Few subjects in the wine world raise eyebrows, ruffle feathers, and generally cause more confusion than the subject of Biodynamics.

Based on the teachings of Rudolf Steiner, Biodynamics is a response by farmers who are concerned about the degradation of their lands.

The basis of Biodynamics is more than just the prohibition of synthetic chemicals, but a commitment to actions which ensure a proper balance and harmony between land, plants, and the environment.

The guiding principles of Biodynamics are:
1) to upgrade the soil and plant life in its natural environment through the use of products made from vegetable, animal, and mineral matter
2) the application of these products at specific times during annual cycles
3) working the land by tilling and hoeing so as to enhance the soil’s natural capacity to nourish the plants and animals within its reach.

In effect Biodynamics simply takes many of the principles of Organic farming and puts them into a structured program which includes an awareness of terrestrial and lunar cycles and the natural energies of all living things.

This is a controversial subject, for it strays from typical measurable science and into the realm of subjectivity, opinion, and near-mysticism. In his new book Authentic Wine, author Jamie Goode puts it like this:

Most scientists just don’t get on with biodynamics. While some biodynamic practices make good sense and can be explained scientifically, such as the use of cover crops and emphasis on soil health, other elements of biodynamic practices are quite odd. For example, the biodynamic calendar has astrological elements to it, some of the preparations … are rather strange, and drynamization of the preparations by stirring them in certain ways seems a bit pointless … Indeed, it would be easy to dismiss biodynamics were it not for the fact that some of the world’s great wine estates are farmed biodynamically, and frequently their wines have improved since they began farming this way.

It’s a controversial subject, but one point is clear: some of the most dynamic, impressive, and indivualistic wines we offer come from biodynamic producers.

Some interesting articles on the subject can be found in the Wikipedia entry on biodynamic wine, a fantastic article on biodynamic farming in the Oregon wine industry, and a controversial article from SF Weekly called “Voodoo on the Vine” which is critical of the idea of biodynamics.

We will write more on this subject in the future, because we are keenly interested in it. In the meantime, here is a partial list of our biodynamic producers (which is getting longer all the time).

Daniel Barraud France
Directly under the rock of Vergisson, these are some of the best vineyard sites of the A.O.C. meaning great white Burgundy

Drouhin
Maison Joseph Drouhin,
Domaine Drouhin,
& Drouhin Domaine Vaudon   France
From the cellars of the Dukes of Burgundy in France and then some of Oregon’s finest plots, these are inspiring wonders

Henri Gouges   France
In many minds the top grower in Nuits St Georges, the sincerity of terroir in these Pinot Noir prove honesty is the best policy

Mas Amiel  France
An ancient property in Maury of France’s warm windswept south, these penetrating wines grace all the wine lists of Paris

Alois Lageder  Italy
Considered by many to be one of the knowledgeable people on the subject of biodynamics, Alois Lageder makes tension filled beauties from the Alto Adige region of northern Italy.

Telmo Rodriguez          Spain
A visionary Riojan, educated in the finest Bordelaise tradition, holding true to the terroir and traditions of Spain

Bergstrom  USA
Tempering technology with a strong respect for a balanced ecosystem, terroir is not just a buzz-word; it shines through!

Torii Mor   USA
Embodying the belief that Pinot noir, more than any other varietal, is the beautiful gateway to the earth, Torii Mor