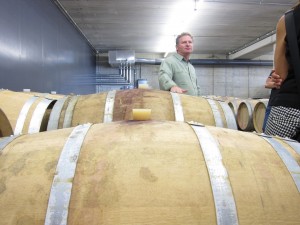 Greetings from Piedmonte, Italy! Yesterday began a week of touring and tasting with Brian Larky, founder and owner of Dalla Terra Winery Direct. His history and business model are pretty incredible, and I’m lucky to be able to spend time with him in his ‘other home’, Italy.

These trips involve a moderate sized group (usually 10-20 people), and are focused on immersion and education with the goal of bringing the gospel back to our home towns. Our group for this trip consists of mostly wholesalers, but a couple retailers as well, from throughout America (literally corner to corner). It’s always a great time comparing notes, making new friends, and learning new things.

First, a word of advice to anybody traveling to Europe: carry on your luggage. Of the fifteen people in the group, two get to have the joy of one change of clothes for the next few days. Lost luggage seems to be a growing problem, and as Rick Steves always says “The less you pack the happier you are.”

Day one was a gloriously long day, considering we landed in Milan at 8:30am with little to no sleep. Most of us powered through the whole day, but a few couldn’t resist the temptation of a little nap, especially when we checked into the simple but beautiful Albergo Castiglione hotel. After cleaning up and stretching out, we wandered the vineyards and took in the scenery. Maybe it’s the little kid in me, but I still find it magical that within a ten hour span I can go from Minnesota to a vineyard in Piedmonte.

The evening was spent with the fantastic Alberto De Gresy (we are about to visit his winery, so more on his wines later), who just celebrated his 60th birthday over the weekend. Wanting to continue the party, he invited us to his family house for a glass of wine, followed by Champage (from 6L) and dinner in the town of Barbaresco. Dinner was at Trattoria Antica Torre, at the far end of the one way street of the town of Barbaresco (right under the tower). The food was delicious, affordable, and traditional (“The pasta here is simply some of the best” said Di Gresy).

As the sun set the lights came on to illuminate the tower. The full moon rose in the east and fifteen new friends raised another glass. 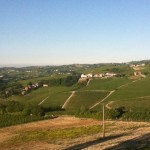 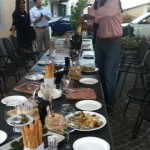 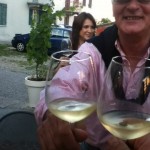 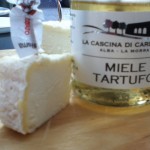 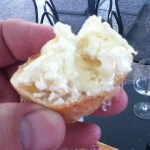 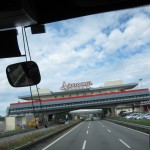 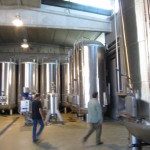 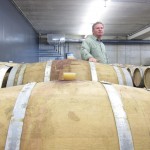 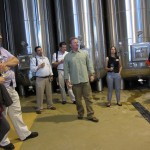