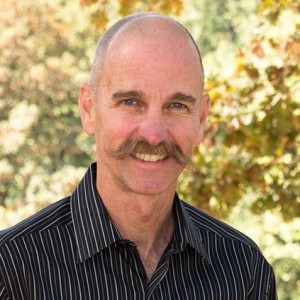 When the Drouhin family of Domaine Joseph Drouhin and Domaine Drouhin Oregon bought Roserock Vineyard in 2013, their new estate in the Eola-Amity Hills, they knew the winemaker on the ground had to be their friend, the inimitable Rollin Soles.

Few have enjoyed as many irons in as many fires or championed Oregon wine as Rollin Soles. An affable Texan whose wry wit precedes him, Rollin set roots in Willamette Valley 30 years ago. This “Cowboy Philosopher” has quite a history having made wine at Wente Bros. in Livermore Valley, Chateau Montelena in Napa Valley, some time making wine in Beaujolais, even in South Australia at Petaluma where he worked alongside Brian Croser. It was Brian who helped Rollin co-found Argyle Winery where Rollin served as winemaker from 1987 until 2013.

Rollin’s wines have been named among the Top 100 Wines of the World by Wine Spectator thirteen times, a distinction matched by no other Oregon winemaker. His very first ROCO vintage was poured in the White House. And in 2013, he was named one of the “20 Most Admired Winemakers in North America” by Vineyard & Winery Management magazine.”

After years of highly acclaimed reds, whites, and sparkling wines earning Argyle a status as a household name, Rollin set his keen eyes on ROCO winery which he and his wife Corby planted in the Chehalem Mountain Range. Soon after their release, ROCOs Pinot Noir and Chardonnay met with high acclaim and then exceeded all our expectations set all the higher because of such press. It is no wonder people want to know his methods.

Rollin’s inquisitive approach to winemaking and his nonchalant sense of humor made him an ideal mentor for many in the trade at every level of experience. For all his successes, Rollin remains a great guy who still makes small batch wines so that he can mind each ferment all the way along and handle just about anything as it comes. This assiduity at every step carries on from the vineyards through the cellar to ensure superlative wine that reflects where it was grown. On this and perhaps his handlebar moustache, Rollin’s reputation was built. Now with Véronique Drouhin, Rollin is raising Roserock into one of Oregon’s great wines. 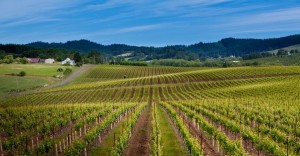 Roserock Vineyard of the Eola-Amity Hills

Neighboring such renowned names in the Eola-Amity Hills as Bethel Heights, St Innocent, and Evesham Wood, Drouhin’s Roserock Vineyard Pinot Noir and Chardonnay are poised to earn bins in our cellars and a place at the table because they are structured along classic lines. Once sold to some of the great Oregon producers including the Ponzi family, Roserock fruit benefits by the cool breezes that blows through the Van Duzer corridor ensuring a nice tension and elegance. Entirely planted to Dijon clones from 2004 to 2007, Roserock’s vineyard is LIVE certified Sustainable joining its neighboring winegrowers and others in our Oregon portfolio that are committed to the environment, healthy fruit and healthy growers which is great because wine lovers need Rollin around for years to come!