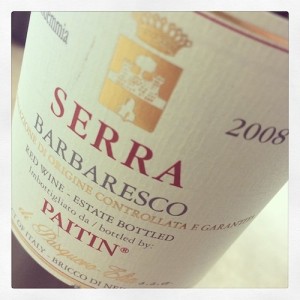 Nebbiolo is one of the great red wine varieties. Of the highly regarded red wine grapes it is probably the least adopted by winemakers worldwide jealous of the complex, big wines it makes. The Piemontese guard against prolific export of cuttings but even more significantly many vintner and winemakers feel that Nebbiolo is even more difficult to work with than Pinot Noir.

Its sensitivity to both soil and geography, exacerbated by the number of Nebbiolo clones available, yield wines that vary widely when grown in only slightly different locations. Nebbiolo ripens very late in the season needing the best exposures in order to reach maturity. This fact along with Nebbiolo’s distinct preference for calcareous soil leaves good sites something of a rarity. In fact, only 3% of the acreage under vine in Piedmont is Nebbiolo making it, as world-renown wines go, a rare duck indeed.

Wines made from Nebbiolo are typically dark, tart, and tannic. The best smell of cherries, violets and black licorice or truffles and have rich, chewy, deep and long-lasting flavors. Good Nebbiolo can harmonize with the richest, strongest-flavored meats and stews, as well as dry, aged cheeses that may be too strong or distinctive for other wines.

LANGHE
When Nebbiolo is planted in Piedmont but beyond the borders of Barbaresco and Barolo, the wine is labeled “Nebbiolo Langhe” -a category of astounding value that can express Nebbiolo in its youth and thanks to gentle ingenious winemaking may be enjoyed early after release while your Barbaresco and Barolo rest and ripen in the cellar. Of all those we’ve tried, two Langhe Nebbiolo stand out above the rest.

Marchesi di Gresy Martinenga Nebbiolo is a single vineyard jewel offering an unoaked Nebbiolo bearing the soul of this singular variety and Vietti Perbacco is actually declassified Barolo that owner Luca Currado makes from the barrels that do not make it into his Castiglione Barolo -both here today gone tomorrow Nebbiolo well worth exploring.

BARBARESCO
Often mistaken as its own varietal, Barbaresco is in fact a celebrated town in the Piedmont region of northwestern Italy. Some of the world’s most intricate and long lived wine comes from this picturesque enclave and its beauty compounds when you’ve tracked this memorable wine to its source only to find that its birthplace proves to be as moving as the Nebbiolo wine you crave. 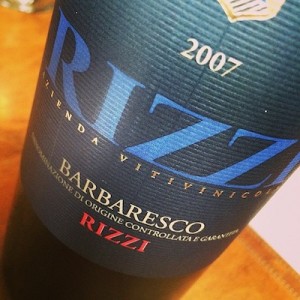 Nebbiolo ripens earlier here than Barolo which allows for earlier drinking reds but with their telltale tannins and ample acidity, Barbaresco is really at its peak five to ten years after harvest. In earlier times Barbaresco played second chair to Barolo, but over the last twenty years in particular, Barbaresco has shown its lofty aromatics, its structural gravitas and its beguiling ability to evolve through fruit and hardwoods to earthen floral notes as well and sometimes better than its neighbor.
Barbaresco always stands tall but two that are head and shoulders above the rest are the Rizzi 2007 Barbaresco for its telltale Nebbiolo fragrance and its precocious approachability while the Paitin 2008 Sori Paitin is beginning to hum with a haunting finish that’s at once floral, woodsy, earthen, and hypnotic but sure to evolve into new dimensions in the coming decade.

BAROLO
This light colored red completely belies the rich tannins and the fully fragrant wonders of Barolo. Made from Nebbiolo in Piedmont’s DOCG of Barolo, these are among the great wines of the world — to many connoisseurs the very best. Concentrated and heavily scented, Barolo. wines have an inimitable fragrance of tar, roses, damsons, and mulberries that over time reveal layers of depth that often include mushrooms, dried fruit, chocolate, the forest floor, mint, licorice, evergreen herbs, eucalyptus, camphor, leather, tobacco, exotic spices, strawberries, and even the white truffles of nearby Alba.

While this is a wine for meditation it is also one of the great vin de garde that, once plucked from a fully ripened cellar, are perfect for those choice dishes rich with meat or heady truffles. From roasts to risottos Barolo tannins call for protein and hefty cuisine. Once discovered, an aged Barolo becomes a touchstone for vinous joys ever after.

For a memorable foray into great Barolo within reach, try the Boroli Barolo for its rich baritone beauty, compelling fragrance, and lingering charms or from some of the regions very top tiers, the Vietti Castiglione weighs in with tremulous acids and astringent tannins that “tug and shift with red fruit, root spices, leathern and woodsy aromas…everything really comes together and yet is distinctly its own held in a living tension.”