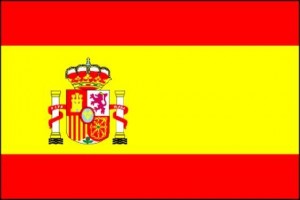 Spain has been on a roll for the last fifteen years, consistently churning out exciting and dynamic new wines that become the darling of the wine press. We’ve recently brought in a portfolio of new labels for the Minnesota market, and these represent some of the best buys we’ve tasted in a long time. We’ll be introducing those to you shortly, but let’s first learn why Spain has become such a hotbed of value wines.

Look for Spain to continue to soar. Today it is emerging as a leader in wine quality and creativity, combining the finest characteristics of tradition with a modern and progressive winemaking philosophy. Spain, just coming out of a long period of cooperative winemaking that valued quantity over quality, has begun to recognize that it possesses many old-vine vineyards with almost unlimited potential. – Robert Parker

So why is Spain killin’ it when it comes to producing affordable superstar wines that get this much attention from critics? There are several reasons, and it’s the convergence of these aspects that have made this occur.

1) A wine culture that encourages self-governance and experimentation.
In France, for any wine laws to change, it must start at the highest levels of government. For example, the decision to allow screw tops to be used on AOC designated wines was a twelve year debate. Nothing changes fast in France (which, ironically, has kept the integrity of their regions intact … never forget there are two sides to every coin). In Italy, similar lethargic mudpits of special interests stifle innovation, but not nearly as much as in France.

Spain, however, has a different twist to the organization of their wine regions: all of the DO’s of Spain are self-governing. This has led to very fast innovation and evolution of wine laws. Winemaking techniques, labeling, vineyard management, and more can all change quickly if the members of a particular D.O. want to make changes. This local control is the exact opposite of France’s national system.

Ten years ago you’d be hard pressed to find a Rueda in the marketplace and for good reason: most were wildly oxidized (the Verdejo grape is notorious for this) and poorly made. Changes in the Rueda regional laws in the early 2000’s suddenly allowed the addition of Sauvignon Blanc (up to 50%!), resulting in a fresher, cleaner, brighter style of wine than before (the use of clean winemaking techniques and temperature control is also to thank for the rise of quality). Now, many fine wine shops carry two, three, or even five Ruedas at any given time.

2) A warmer and drier climate allowing for textured and richer red wines, that fit both critic and consumer tastes, to be consistently produced.
We’re not opening up the alcohol content debate here (we’ll do another post in the future on that topic and introduce you to the In Pursuit of Balance group). What we’re talking about here mainly is the elusive idea of textural impression. Spanish wine, because of the terroir of their growing conditions (and the grapes that can handle heat, such as Monastrell), tend to have a velvety mouthfeel that is the envy of the wine world. Wether it’s a great Rioja, a jammy wine from Montsant, or a bargain gem from Castilla, you can find it throughout many Spanish red wines. The tightrope walk of acidity to extract to richness hits those magical notes. Simply put, wines from Spain have a higher batting average in this arena than most. (Mouthfeel is key in the world of food and wine pairings, which leads many chef-driven restaurants to embrace these wines.)

3) European Union investment when it was needed the most (and the country was ready for it).
This might come as a surprise to younger readers, but until the mid to late 1990’s you’d be hard pressed to find a variety of Spanish wines in Minnesota (and the rest of the country for that matter). There simply wasn’t much good stuff available. The few wines that came through tended to be from the largest producers, represented by mammoth importers.

Why was this? For decades, while Spain was under dictatorial rule (from the end of the Spanish Civil War until the 1970’s) there was little to no development in their wine industry. As the rest of the world learned about refrigeration, different yeasts, the effect of bacteria on wine, etc. Spain was stuck making wine much like it did in the late 1800’s.

When the European Union was formed and Spain was accepted into the group, a wave of technology, innovation, and most of all education flooded the wine regions and was the catalyst for change. It took a while for the results to show, but starting in the early 2000’s we were suddenly hit with a tsunami of simply incredibly delicious and affordable wines. That trend continues today with an eye to what the world wine drinkers are asking for, satisfying demand.

Next up we’ll introduce you to some of our new Spanish offerings as well as letting you know where you can find those products in Minnesota. Exciting times!