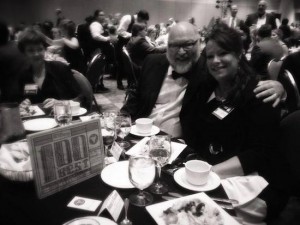 It is an honor to have our wines at the table during the Top 100 Companies to Work For dinner on June 5th, 2014!

The three wines being served are part of our direct import program, which involves traveling to Europe regularly to meet with the producers, taste the new vintages, and make purchasing decisions for the upcoming year. Of course these work trips also involve keeping up with the dining scene in Paris, Milan, Barcelona, and Florence. (As we like to say, it’s good work if you can get it!)

This type of selection process is becoming less common in today’s wine world. As we see more and more “commodity” brands being created and pushed into markets by enormous multi-national corporations, the role of a wine importer as curator becomes all the more important, but more and more rare. It is in this niche that we thrive, with long-established friendships and relationships around the world with some of the greatest independent wine producers around.

Look for “Imported by The Wine Company” on the back label the next time you’re shopping for that perfect wine to enjoy. 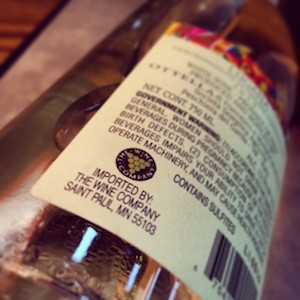 Note: At the end of this post, you can find details on where to purchase these gems in Minnesota. 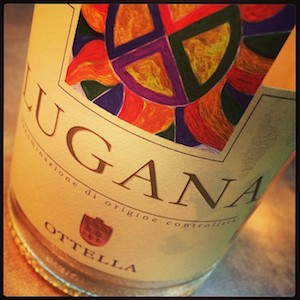 An estate wine entirely harvested in small crates from their own vineyards, this elegant wonder is made from 100% Trebbiano di Lugana (locally known as Turbiana) in the D.O.C. region of Lugana on the southern coast of Lake Garda straddling Lombardia and the Veneto in northern Italy. Beyond its citric bouquet this is chiseled in its minerality and brightly balanced with a lemony structure that is sure of itself making this a white wine of presence and power despite its immediate appeal and nonchalant charms. A lovely bottling beautifully crowned with the embossed coat-of-arms of the family which is an escutcheon proper bearing eight stylized cherubic faces to mark the birth of octuplets which graced the family in 1500. Stunning wine, a lovely country, and a wonderful family as well. Food Pairings: Fish based plates, soup, pasta or rice, white meat. 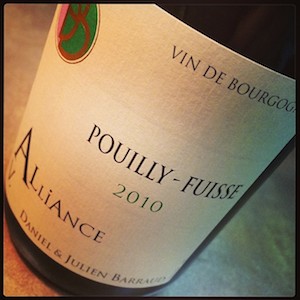 A blend of various parcels of land:”Terres du Perret, la Côte Carmentrant et Vignes Dessus” with vines between 30 and 45 years of age, this is 100% Chardonnay and 100% Pouilly Fuisse –a Pouilly Fuissé of the highest order. Rich in extract, fully scented and ripe with a remarkable density for its size and structure, the palate is expressive of apples and pears, a lifted hazelnut aroma across the whole and a fine textural finish whose sea shell mineral and apple skin sort of tannins close with firm handshake –this is seriously good. 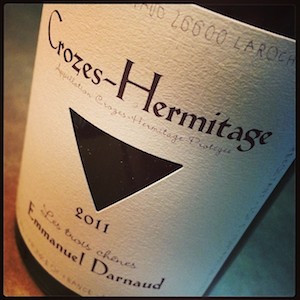 Bacon meet berries. Berries this is bacon. Fast friends and what chums! Tangy plums, black pepper, meat pan juices and wild pastureland set quite the stage for this telling example of Crozes-Hermitage the gifted lower slopes beneath Hermitage in France’s Northern Rhône. Lovely in that it is fulsome, fragrant and bold without needing time in the bottle to tame the tannins or relax. Certainly not the bruiser that its elder brother from 2010 was at this age, this has a trimmer physique but is every bit as complex and perhaps still more sophisticated than Darnaud’s Mise en Bouche –the primary glimpse on Crozes-Hermitage from vines of a younger stature. Better yet is how appetizing its juicy structure washes over the palate keeping lift to this mouthful of Syrah. On the finish lifts a fragrant garrigue akin to wild lavender and sappy rosemary which is perfect to put all the tangy berried fruit into relief. On tasting this I dream of pairing it with roasted spring lamb, peppered skirt steak off the grill, a piping hot moussaka… this is a wine for food to be sure but every bit as fit to be the glass at the end of a long day as I am enjoying it now.

WHERE TO FIND THESE WINES IN MINNESOTA
The following retailers and restaurants have purchased these wines in the previous twelve months. Call ahead to confirm vintages and availability. Accounts are listed alphabetically by city.