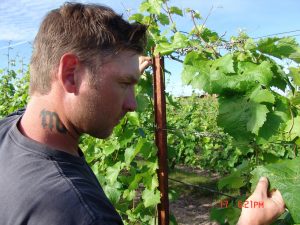 THE CONNECTION:
Raised in Saint Paul proper, Bill Hooper graduated from Cretin Derham, developed a taste for wine and what followed was a rapid succession through the local wine trade. Bill worked at some of our finest bottle shops and then joined The Wine Company for a passionate tenure convincing restaurants and bottle shops to champion wines made by the people tending the greatest plots on earth. Soon his passion for wine and wanderlust uprooted his wife and kids to live in his bride’s native Germany so he could learn winemaking in the Pfalz. Once they returned stateside the Hooper family settled in Willamette Valley and Weinbau Paetra was born. Here Bill grows matchless Riesling, Pinot Blanc and Pinot Noir with an assiduity known only to the finest in Germany, Alsace, and Burgundy.

My goal is unabashedly to craft the very finest Riesling possible.” 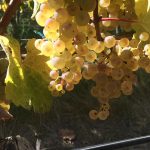 THE PRACTICE:
During his time in the Pfalz, that stretch of the Haardt mountains that carry on from Alsace when they cross the border into Deutschland, Bill confirmed firsthand that the basis for all great wine is the soil from which it grows -but also a great deal of hard work. His days studying and apprenticing in Germany involved every sort of grueling task one could fit into a ten hour work day; from every kind of vineyard and cellar work, to wild Biodynamic preparations like scooping out a freshly decapitated bull head along a riverbank to fill it with oak bark in preparation for winter. Now that Bill is back in the USA, one might say Paetra produces wines using traditional European techniques on American soil to great effect. 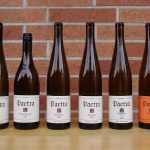 THE WINES:
“As little as possible, as much as necessary.” Bill credits much of the final style as “determined not only by the weather, but also by the labor per-formed in the vineyard…It is my firm belief that the cellar is no place to mask bad farming. Over 90% of my time is spent in the vineyard and my acreage contracts stipulate that I can farm the vines. No matter which Riesling you prefer, I assure you that we have been uncompromising in our effort…I use the same traditional techniques here that I used in Germany both for farming and in the cellar. Though tried and true in Europe, many of these have never before been used in the western hemisphere. My goal is unabashedly to craft the very finest Riesling possible.”