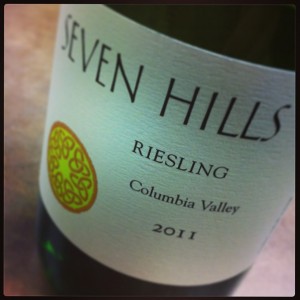 “I think Riesling is indisputably the greatest white wine grape in the world but many people think I am mad.” – Jancis Robinson

Riesling is, unquestionably, one of the great wine grapes of the world. Especially for people like us who embrace the idea of terroir, Riesling is second to none due to its transparency of flavor, reflecting fully its place of origin. (Riesling is usually made with no malolactic fermentation, no oak aging, and little to no manipulations of any sort in the winery … you’re left with the pure expression of where the wine came from.)

So to help with your Riesling love affair, we present facts you might not know about this spectacular varietal.

Riesling is one of the oldest grape varieties around
Though not foolproof, a good marker of how old a variety is can be found in how many synonyms it has. Over the course of centuries, as a variety moves from region to region, it often takes on new names even though it’s the same genetic material. Synonyms for Riesling include Johannisberg (used in Switzerland after the 1920’s … before that it was Valais), Raisin du Rhin (Alasace), Starovetski (Czech Republic), Lipka (Czech Republic), Renski Rizling (Slovenia), and dozens more.

But where did Riesling originate from? All current theories point to the Rheingau in Germany as the likely place of origin. The first mention of it as a variety was around 1435 in this area.

Riesling is a half-sibling of some of the most famous varieties around
Recent genetic testing proves that Gouais Blanc is one parent of the Riesling variety. Gouais Blanc is also the parent of Chardonnay, Gamay Noir, Colombard, Firmint, and Blaufrankish.

Riesling is ideally suited for cooler climates for two key reasons
One, it buds late so therefore avoids the pitfall of Spring frosts. Two, it has naturally thicker bark than most other grapevines, thus able to avoid the damage of a colder winter.

Riesling is the 20th most planted variety in terms of total acreage, at 120,000 acres worldwide. Where is it most planted? Here ya go:

The grapes known as Welschriesling, Schwarzriesling, Cape Riesling, and Gray Riesling are not actually Riesling
They are misnomers based on the hundreds of years of Riesling being brought from country to country. Much like the mix up of Carmenere and Merlot in Chile, it took genetic testing to finally settle the debate.