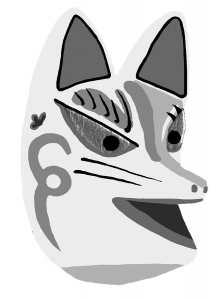 H I S T O R Y   O F   S A K E
Japan’s earliest written history, the Kojiki, establishes sake’s origin back two millennia to the Age of the Gods, the Kamiyo. The kami, the deities of the Shinto faith, gathered to eat, drink, and be merry at what is now revered as the sakamizuki -a gathering after which sake was named. This was the occasion sake was first brewed and the gods loved it so much they carried on drinking it for 180 days straight.

This spirit carries on to a degree that every corner of Japan now hosts kura breweries which craft sake consumed across Japan and around the world. Sake is a custom of revelry that lives on around the tables in every lzakaya tavern to the finest restaurants of Gion. From the beginning, sake has played a prominent role in society: from consecrating wedding vows, homes, and temples to purifying celebrants at festivals.

Walking past any of Japan’s 2,970 lnari shrines one cannot help but notice the walled stacks of sake barrels offered to lnari, Shinto’s patron spirit of rice. Inari Ōkami (稲荷大神, also Oinari) is also the patron spirit of foxes, fertility, tea, of farming and business, of industry, wealth and success. The most popular kami in all of Shinto, lnari is the patron of much of what the Japanese hold dearest.

The sake we revere today, this Gift of the Gods made from rice, water, and koji mold, first took shape during the Nara period of the 8th century. By the following Heian period, sake played a major part of daily life at every level of society from drinking games to court festivals -even religious sacraments. Portuguese and Dutch traders of the 16th century were the first western palates to taste this national drink but it wasn’t until the late 19th century that sake began arriving in the United States in any meaningful way. 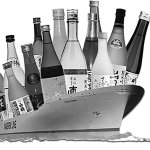 During the 20th century technology and cleanliness gave rise to leaps in quality. Although transportation opened new markets, the kura today number fewer than 2,000 -a far cry from the 30,000 during the Meiji Restoration at the turn of the last century. 100 years later sake charms every stripe for its breadth of character, pristine quality, and as a beverage unto itself. The United States has never been savvier about food and drink and proves evermore curious to explore sake -with imports growing from $21 million to almost $34 million in the last decade -credited in large part to wine professionals taking the joys of sake seriously.