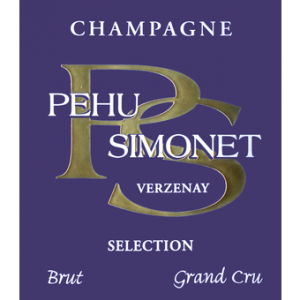 As we roll into the holiday season, we are preparing to hear more of the **pop-pop-pop** of sparkling wine bottles being opened. A question that comes up often is this: what is the difference between “Sparkling Wine” and “Champagne”? We have the easy and short answer for you, but also a longer education on the winemaking process and different styles of sparkling wine.

The easy and short answer: A sparkling wine should only be called Champagne if it comes from the region of Champagne, France. Period.

Some California producers still attach the word Champagne to their products, but when you think about this it’s odd: if somebody in France produced a wine called “Napa Valley Merlot” it wouldn’t make any sense, would it? Well, a “Champagne” produced just north of San Francisco is just as guilty.

In other words, all Champagne is sparkling wine, but not all sparkling wine is Champagne. (And not all producers are created equally … we have a love affair with our Grower-Producers in particular.)

A deeper Sparkling Wine education:  Sparkling wine is made by taking the simple formula for fermentation (sugar + yeast = alcohol and CO2), and not allowing the resulting gas to escape. When you ferment wine in a closed or sealed environment, the CO2 returns into the wine, only to be released in the form of tiny bubbles after opening. 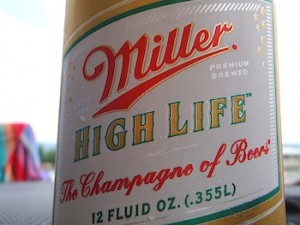 A fine example of the term “Champagne” NOT being used correctly.

The story of how this all started is attributed to the monk Dom Perignon (1638-1715), but in reality it was probably discovered slowly over time by many monks in the Champagne region. Why Champagne? Because it’s cold there … not Minnesota cold, but definitely chilly. These cold temperatures, coupled with deep cellars and lack of insulation, made for a problem: fermentations would begin but would soon shut down due to the cold. Without knowing exactly what was happening, the wines would be bottled.

The following Spring, as the tulips were blooming and the temperature in the cellar was rising, fermentation would kick back into gear. With nowhere for the CO2 to escape, it returned to the wine, eventually building up and proceeding to blow the corks out from the bottles. It was here, as the legend goes, that brother Perignon caught the wine in his glass and proclaimed “Come quick! I am tasting stars!”

Today’s methods of making Sparkling Wine are more controlled, but the chemistry is the same. Because this winemaking method was developed in Champagne, and the original rules surrounding the making of this wine belong to that region, we should think of Champagne in terms of a geographical place as opposed to a winemaking style.

“Sparkling Wine” is made throughout the world. We’ve had incredible examples recently from Tasmania, Austria, and Oregon. There are also many bubblies produced in France but outside of the Champagne zone, including gems made under the “Cremant” designation. But there is only one true Champagne, from the beautiful region near Paris, France, that brings us producers such as Pierre Gimonnet and Gaston Chiquet.

Soon we will be posting details on other bubbly designations, including Prosecco, Cava, Cremant, and more to help you with your holiday shopping and meal planning. Keep following our blog for updates and more sparkling education.