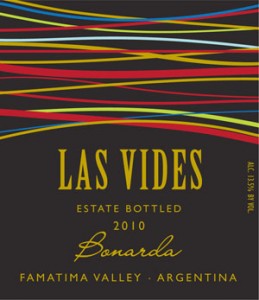 Trends in wine are interesting, and going all the way back to Boone’s Farm and Lancers we can track popular styles and maybe even hypothesize about why these trends emerge.

The rise of White Zinfandel from the 1970’s well into the early 1990’s showed a desire for the sweet tooth, but also a desire to pull the cork on a a bottle of wine as a show of sophistication.  Entering the early 1990’s, the ‘louder is better’ style of California Chardonnay took over, partially because people wanted to move away from “pink and sweet” but also because, as a single glass of wine, a butterbomb Chardonnay could be impressive (the same way that a Journey concert was better when louder).  Additionally, many of these Chards had as much residual sugar as the White Zins people were moving from!

The shift to Pinot Grigio coincided with the rise of the Food Network, Emeril’s TV show, and the books of Michael Pollan … in other words as people began drinking more wine with food they found that acidity (thus Pinot Grigio) was their friend.

So what is next?  Here are some possibilities:

BONARDA?
An obscure grape from an up and coming country (Argentina) could very well break through the pack.  We don’t for a second think it will take over in the world, but in terms of potential percentage growth Boarda is particularly interesting.  The taste profile falls somewhere between Barbera from Italy and Malbec from Argentina … in other words, a familiar enough style to not scare off the public.  The food friendly-ness is outstanding.  The name is easy to pronounce.  And due to all these factors the wine mavens of the world have started to seek it out.  We’re pretty sure we corner the market in Bonarda with Elsa, Ichanka, and Las Vides.

MOSCATO?
Moscato sales rose an amazing 91.4% in the 52 weeks ending 10/16/10 according to national retail tracking data (in the same period overall market growth was 4.9%).  This rise included the wines of Moscato d’Asti as well as Moscato produced in other countries (sparkling and non-sparkling alike).  Is it simply a matter of White Zin drinkers moving to Moscato? Possibly, as shown by a 7.4% decrease in White Zin sales in the last year according to Neilsen. The most affordable Moscato is our book, 99 Vines, is making a splash where it is sold. Meanwhile our gems from Asti, Italy (Sarracco, Rizzi, and many more) continue to rocket in sales.

TORRONTES?
Is Torrontes the next Pinot Grigio?  To give perspective on the power of this category: in the 52 weeks ending January 8, 2011, Pinot Grigio sales in the United States totaled $751 million, compared to White Zinfandel’s $425 million!  This Pinot Grigio consumer base is highly coveted, and some trends are showing them moving toward one of The Wine Company’s favorite grapes: Torrontes.

Why?  Some speculation: a similar weight, a similar mouthfeel and aroma  (though a bit “larger” in style), a pronouncable name (this might be why Viognier sales have never taken off), and an up and coming country of orgin (Argentina).  One wine critic said “Torrontes is like Pinot Grigio if Pinot Grigio actually tasted good.”  Zing!  Leading brands at The Wine Company include Elsa, Urban Uco, and Don Rodolfo.

There is no way to predict some of these trends, and maybe grapes like Bonarda will only enter the public lexicon if “Sideways 2: Argentina” gets made.  Regardless, we think it’s worthwhile to keep leading your customers to the front end of new trends so at the very least you can take credit when the next big thing (TNBT) takes off.